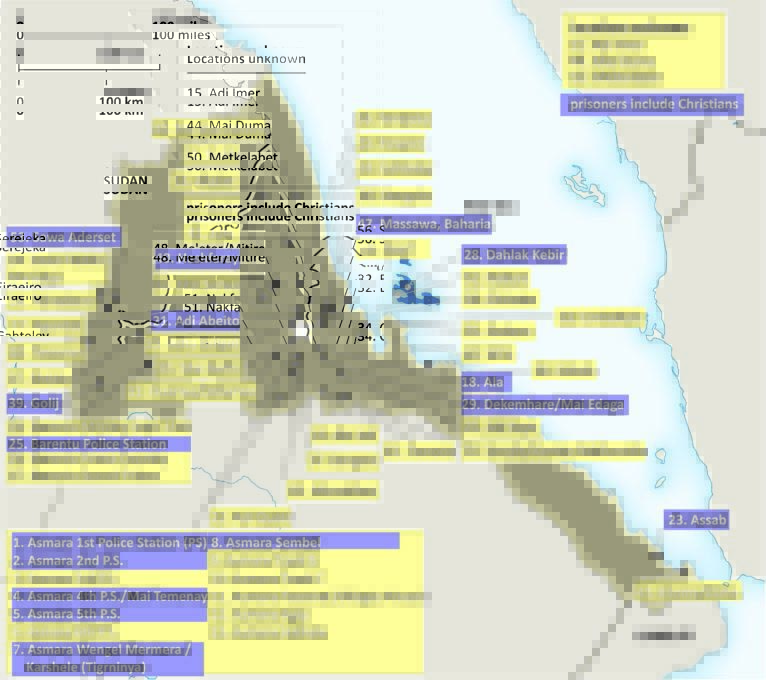 Recalling that Eritrea has been under an absolute dictatorship since the time of independence; that Dictator Isaias Afwerki had been found guilty of crimes against humanity at international court; Eritrea is today a failed nation with no accountability, constitution, press, university, freedom of movement, parliament, elections, etc. It is a country considered as the North Korea of Africa with a major refugee crisis (4th in the world) and indefinite military conscription where about 12 % of the youth has deserted it into life in asylum globally. Eritreans inside the country live under the surveillance of the regime; they don't have Internet access and no voice what so ever that speaks out on their behalf. This is a country that has totally shut off the life of its citizens in all aspects of society. Most of all, there is no neutral justice system that protects the society from random arrests and a disturbing number of our people are today perishing behind the bars without any form of contact with their loved ones.

Apparently, Eritrea today contains over 40,000 prisoners in over 300 jails and prisons all over the country. No journalists or visitors are allowed, the cells are overcrowded, with intolerable living and hygiene conditions and the prisoners sleep close to each other on the ground. They are very vulnerable to any type of contagious diseases and nobody knows how many of them have been dying through the years because of the closed and secretive nature of the regime.

In such a very challenging and difficult situation where the Coronavirus is attacking humanity in uncontrollable tenacity and speed, we believe every nation has taken proper steps to protect its society as part of the ongoing universal effort. Yet, we have not heard anything about how the Eritrean government is dealing with the crisis.

Information is denied to the people, the entire country is confused and helplessly waiting for the regime to do something about it. In so far as our knowledge is concerned, no effort has so far been taken and no protective direction given to the people concerning the virus as of today  In light of this unfortunate reality, we concerned Eritreans worldwide are overly troubled about the condition of our people in general and the prisoners in particular vis-å-vis the virus. We believe the Eritrean Government does not care about the people and has the potential to use the crisis to further accentuate its crime against humanity within the county's extremely secretive prison enterprise. We, therefore, find it important to humbly remind the world to pay maximum attention specifically to the dehumanized Eritrean prisoners that are in an extremely critical situation and under the risk of extermination, should the virus attack that region. We appeal to the world community to seriously consider the potential danger ahead of its actuality; yet to avoid another humanitarian crisis in the country and the regional large.

** This petition is getting promoted through some of the groups below,  we will update this list daily, please email to [email protected] if you want to join the spread of this petition as a group, and want to be acknowledged for your support**