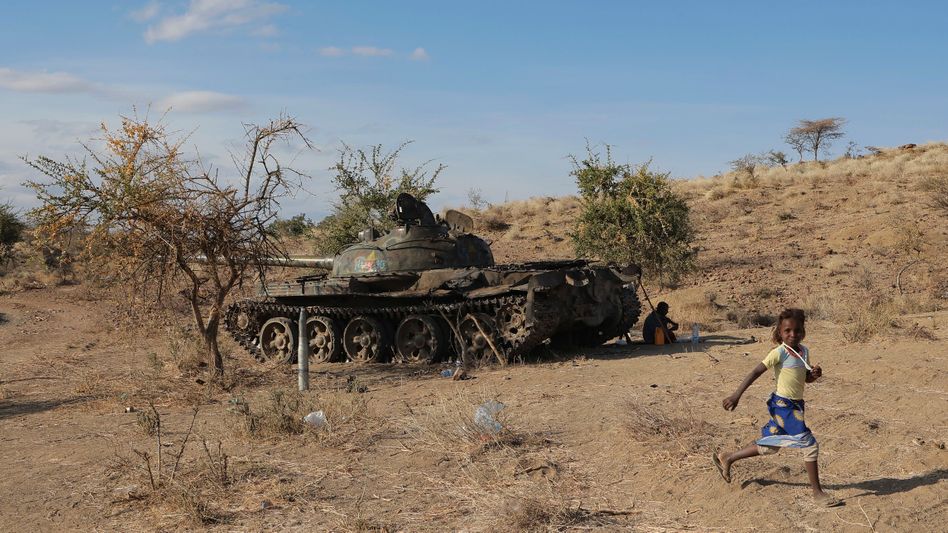 A bloody civil war has been raging in Ethiopia for 14 months now. Recently, there have been signs of relaxation – but the killing continues. This is not only due to the parties to the conflict themselves.
An analysis by Heiner Hoffmann, Nairobi
13.01.2022, 7.24 pm

There were two supposedly mild Christmas gestures: On Christmas Eve, the Ethiopian government announced that it would not penetrate further into the Tigray region in the north of the country. Last Friday, the Orthodox Christmas in Ethiopia, the next conciliatory signal followed: Prime Minister Abiy Ahmed ordered the release and amnesty of several high-ranking prisoners, including leaders of the Tigray People's Liberation Front (TPLF). 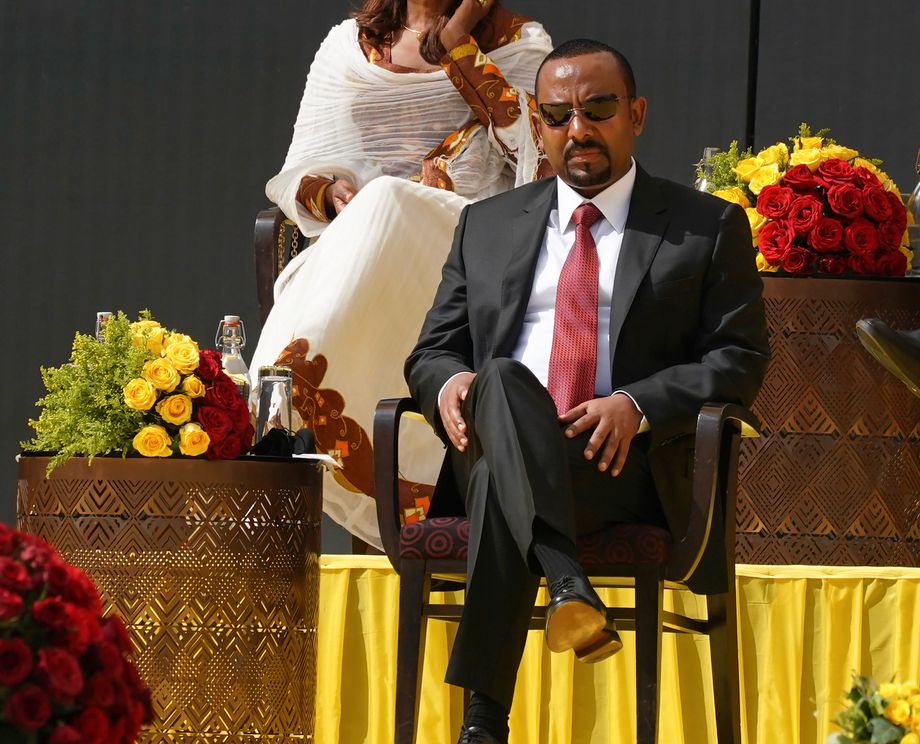 But is Nobel Peace Prize winner Abiy, who became a bitter warlord, really back on the path of reconciliation? Could the Ethiopian civil war finally come to an end?

For more than a year, an armed conflict has been raging in the country between TPLF-linked troops and the central government. The TPLF dominated politics in Ethiopia for decades – until Abiy came to power in 2018. The new prime minister ended a long-standing war with neighboring Eritrea and received the Nobel Peace Prize for it. But while he was celebrated internationally for his peace efforts, his relationship with the TPLF was shattered from the start.

In November 2020, the dispute escalated: in Tigray, armed troops attacked an Ethiopian army base. Abiy responded with a military strike and an advance into the north of the country. At his side in the fight against the TPLF: the former arch-enemy and new ally Eritrea. The country borders Tigray and wants to prevent military strength of the region at all costs.

But the Ethiopian government and its partners have clearly underestimated the Tigray units. In June 2021, the army had to withdraw from Tigray. The rebels then even advanced into the neighboring regions, threatening to march on the capital Addis Ababa. The TPLF's clout also resulted from a military alliance with other groups fighting against the central government.

But the advance of the rebels has now stopped. Abiy's army has been able to recapture some lost cities in recent weeks. "Abiy sees himself in a relatively strong position right now, believes he is back in control. He is probably taking advantage of this momentum to ease international pressure somewhat," says Ethiopia expert William Davison of the International Crisis Group.

Abiy's troops – like the other parties to the war – are accused of serious human rights violations. For a month now, the Tigray region has been completely cut off again, urgently needed help is not allowed through. In the capital Addis Ababa and other parts of the country, there have also been ethnically motivated arrests of civilians of Tigray origin – even if the government continues to deny this.

As a result, Abiy's Western partners turn away. The US imposed sanctions on the country, the EU turned off the money tap. The African Union and the UN have long sought a ceasefire in vain. Now that the Prime Minister thinks he is certain of victory, he is accommodating the international community.

In fact, UN Secretary-General António Guterres promptly called the release of the prisoners for the traditional Christmas a "significant confidence-building step" – and renewed the call for a ceasefire.

The Ethiopian government announced a national dialogue with various hostile groups. And the TPLF is also sending conciliatory signals: it has ordered the withdrawal of all units to Tigray, a commander announced at the end of last year. This change of heart is certainly not entirely voluntary. But is there finally a chance for peace in the region?

Various points still speak against it – including the ongoing blockade of the Tigray. The TPLF will certainly not accept this in the long run. "So it could only be a temporary pause in the all-out fighting," fears expert William Davison.

The airstrikes of the Ethiopian army are also continuing, and have apparently even been intensified in recent days. According to aid workers on the ground, the recent attacks have claimed dozens of civilian casualties. Gestures of peace look different.

Another problem: The Tigrayan units continued to grow before and during the war – Abiy sees this as an existential threat to his position of power. Without some kind of disarmament agreement, he will hardly commit to a lasting solution.

So far, there is not too much reason for exuberant optimism. Nor does the role of other powers make it any easier. According to media reports, Turkey is supplying weapons to Ethiopia, and China has recently sent a clear signal of support with a visit. As in other countries in the Horn of Africa, it is also about geostrategic interests.

The biggest victim of this conflict, however, remains the civilian population, thousands have already died and millions of people have had to leave their homes. Rapes and massacres marked this merciless war. Tigray is cut off from the outside world, there is still a lack of everything, a famine can hardly be alleviated. For the people affected, the current situation certainly does not feel like peace.