UNCHR34, Geneva, Switzerland- At the 34th Session of the Human Rights Council today, 13 March 2017, In accordance with her mandate, the Special Rapporteur on Human Rights in Eritrea, Ms Sheila B. Keetharuth, delivered a damning follow up oral report of Eritrea tyrant, Isias Afarqi, Crimes against Humanity. The report culminated in Calls to expedite the recommendations of the UN Commission on Human Rights in Eritrea, COI, and to call Eritrea tyrant to task in front of the ICC for crimes against humanity.

The response of Eritrea tyrant's agent was cut off prematurely for exceeding the allotted time, hence not allowed to completing his rebuttal!

The United States once again reiterated in no uncertain terms: "The United Stands firmly with the Eritrean people not with Eritrea tyrant and supports their pursuit of the protection of all their Human Rights." Below video of the session recorded live:

DEBRIEF | One man's harrowing journey from Eritrea to Israel

The Soccer-Star Refugees of Eritrea

Around eleven o’clock on the night of October 10, 2015, Samson Arefaine learned that he had been selected to play on the national soccer team of Eritrea, a sliver of a nation in the Horn of Africa. For two months, he had been in a training camp in the capital, Asmara, with thirty-three other men, vying for ten open spots on the Red Sea Camels. Now the team was due to fly to Botswana in less than two hours, to play in a World Cup qualifying match. Arefaine needed to pack quickly, so he ran to his room, in a house that team officials had arranged for players to use during the camp. The house had no electricity, and he struggled to see in the dark, but he managed to throw some shirts, shorts, and sandals into a bag. On the way to the airport, he called his parents and told them the exciting news. 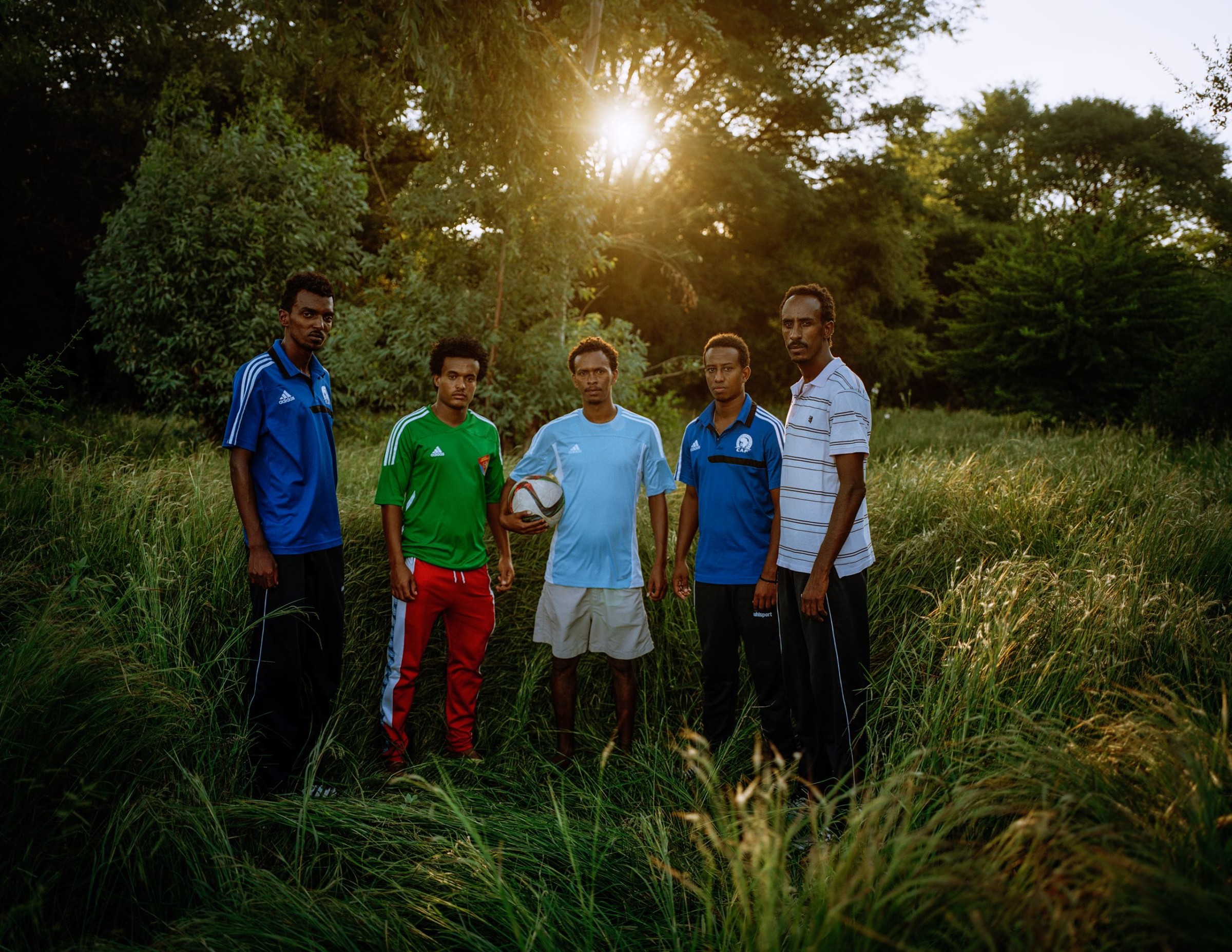