How to solve impunity when journalists are targeted

Those beyond the reach of attacking governments or groups must stand up for persecuted journalists and exert pressure. 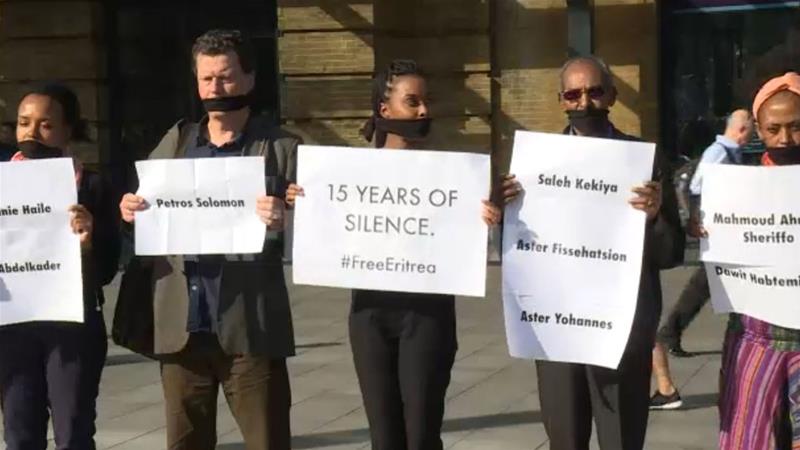 Vanessa Berhe, centre, calls on the government to reveal the fate of dissidents who were detained 15 years ago and have been held incommunicado without trial [AFP] 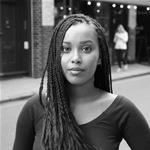 Vanessa Berhe is the president of One Day Seyoum, a human rights group, and studies law at SOAS University of London.

I learned the true power of words when I was six years old. I had just started my first year of school in Sweden when my mother explained that my uncle was imprisoned in Eritrea, simply for speaking his mind.

The next day, I told my friends what I had learned and when our parents came to pick us up, they found us collecting money in plastic cups on the schoolyard. When one of the parents asked what we were doing, my friend explained my uncle's situation and said that we were telling people his story and collecting money to buy his release and a plane ticket.

My uncle's story had taught me that, if words alone were powerful enough to bring fear to the most powerful institution in a country, then they must be used actively, loudly, and fearlessly in order to bring about positive change in the world.

Our right to express ourselves freely is quite understandably considered one of the most sacred principles of democracy.

When combined with an independent and responsible media platform, this freedom of expression is an essential part of a system of checks and balances that scrutinizes people in power and holds them accountable.

It informs the public, changes perceptions and initiates dialogues. It safeguards democracy and prevents tyranny. Any government which wants to unjustifiably and cruelly control their citizens is right to fear a free media.

The consequences of impunity are deadly. Not only are innocent people being killed for performing their civic duty and doing their job, but the stories that journalists are trying to tell are not being heard.

My uncle Seyoum Tsehaye was imprisoned is a journalist in 2001. Over 15 years later, he has still not been released. His imprisonment was a part of a wider campaign by the government to increase control in the country.

In the span of a week, the private media was shut down and all critical members of the government and outspoken journalists were imprisoned. I see the consequences of impunity in Eritrea every day, in the mass exodus from the country and the severe human rights violations they are fleeing.

Impunity is not restricted to Eritrea, which according to Reporters Without Borders is last on the global press freedom index, below China, Syria and North Korea.

Instead, it tends to exist in countries without democratic institutions to hold the government accountable for their unlawful actions.

Governments all around the world silence people whose words they fear can challenge their power. Last year, UNESCO reported that on average, a journalist was killed every four days.

With critics out of the way, governments can use media platforms, with their carefully chosen words, as a means to control the people and set the narrative.

The Committee to Protect Journalists (CPJ) wrote in a 2014 report: "Targeted attacks on the media have kept the world from understanding the full dimension of the violence taking place in Syria. Unchecked impunity has suppressed critical reporting on drug trafficking in Mexico, militant violence in Pakistan, and corruption in Russia."

The targeted attacks and unchecked impunity play a key role to why all of the problems mentioned above still persist, three years after the report was written. The consequences of impunity are, indeed, dangerous and deadly.

But to argue that freedom of expression only is being under attack in authoritarian states would be a misstatement.

Media cannot simply exist on its own, it also needs to be independent and responsible. If not, it can easily be used as a tool to deceive, manipulate and control, and affect innocent people's lives.

Our current political climate has shown just how vulnerable media is to becoming corrupt, regardless of where in the world it is.

In the United States, a country that prides itself in their democracy, the current president has declared a war on media. But it is not a war on the entire media, only the ones he does not agree with. The ones he does agree with, he uses as sources for his speeches, sometimes without checking the accuracy.

Like most Swedes, I was confused when the current US president implied that there had been some kind of terrorist attack by refugees in Sweden the night before.

My social media feeds instantly filled up with sources refuting such an attack and it was quickly confirmed that no attack of any kind had happened in Sweden. The president had based his statement on a segment he had seen on Fox News, a right-wing news channel often criticized for its bias.

The danger here is not only that the US has a president who actively and unapologetically lies about marginalized groups and pressing issues, but that there is a large group of people whose perception of reality is largely based on speeches from their leader and segments of biased and irresponsible news channels.

As far as they were concerned, a terrorist attack had been committed by refugees and anything stating the contrary could easily be brushed off as "fake news", just as the current US president labels news reports he simply does not agree with.

A former US ambassador to the United Nations once said: "Everyone is entitled to his own opinion, but not to his own facts."

Today, those words are more important than ever. The media decides which stories they tell and how they do so.

Demonizing a group of people while camouflaging bigotry as fact can have dangerous implications - we do not need to look far back in history to find proof of that.

How do we then ensure that the validity of truth is not jeopardized, impunity is ended and freedom of expression can flourish?

We can only do that by protecting this democratic principle - actively, loudly, and fearlessly.

We need to constantly stay critical and challenge the narrative we have been presented, regardless of whether it's propaganda from a dictatorship, a news report from a supposedly independent source, or a speech from a democratically elected president. The failure to do so will undoubtedly lead to terrible injustice.

We need to hold governments who silence journalists and citizens accountable and speak up for those who cannot themselves. Governments might be able to silence their own citizens, but they cannot possibly silence the outside world.

It is only when impunity itself is challenged by those beyond the reach of the attacking government that it can be ended.

Foreign governments, international institutions, corporations, activists, journalists and world citizens all play a role in holding abusive governments accountable. Even the most isolated dictatorships are not immune from external pressure.

We need to be persistent.

Challenging governments is not easy and it will take time.

When they try to block us, we need to find new routes. When they attack, we need to shout even louder. My then six-year-old friends understood it quickly; with our words alone we can do wonders. Let us not allow that power go to waste.

Vanessa Berhe is the president of One Day Seyoum, a human rights organisation working for the release of unjustly imprisoned people in Eritrea. She is studying law at SOAS University of London.

The views expressed in this article are the author's own and do not necessarily reflect Al Jazeera's editorial policy.