Face to face with the Eritrean exodus into Ethiopia 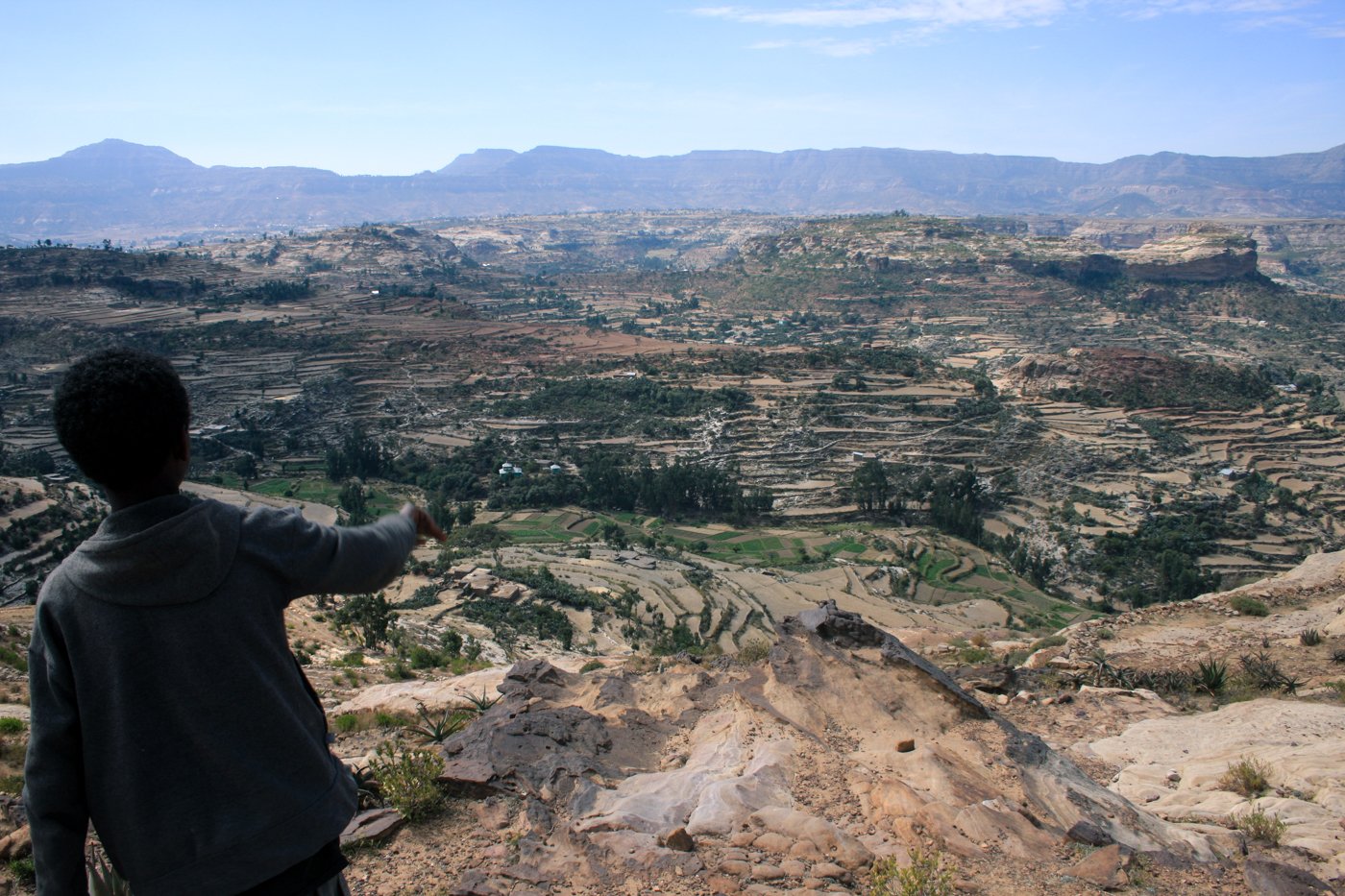 Freelance journalist based in Addis Ababa and regular contributor to IRIN

Under the early morning sun in the most northern region of Ethiopia a motley group of Eritrean men, women and children arrive dusty and tired at the end of a journey – and at the start of another.

After crossing the border under cover of darkness (leaving Eritrea without authorisation is a crime punishable by up to five years in jail), they are found by Ethiopian soldiers and taken to Adinbried – a compound of modest buildings at one of the 12 so-called “entry points” dotted along this barren 910-kilometre border. This is where their long asylum process will begin.

“It took us four days travelling from Asmara,” a 31-year-old man tells IRIN of his trek from the Eritrean capital, about 80 kilometres north of the border. “We travelled for 10 hours each night, sleeping in the desert during the day.”

With him are another three men, three women, six girls and four small boys. The smuggler who guided them charged $2,500 each.

“He was good,” the man says. “He showed us the safe paths, and helped carry the children on his shoulders. He didn’t ask for more money like some do.”

He says they carried very little because of the distance and because they didn’t want to betray their intentions to Eritrean soldiers.

From the 12 entry points, Eritreans are taken to a screening centre for registration in the town of Endabaguna, 60 kilometres west of the popular tourist destination of Aksum. Then, they are assigned to one of four refugee camps in the Tigray region, bordering Eritrea.

In February 2017, 3,367 Eritreans arrived in Ethiopia, according to Ethiopia’s Administration for Refugee and Returnee Affairs.

There are around 165,000 Eritrean refugees and asylum seekers in Ethiopia, according to the UN refugee agency. Thousands more Eritreans live in the country outside the asylum system.

“Sometimes we get more than 120 people a day,” says Luel Abera, the reception coordinator at Adinbried. “The stories I hear are very sad: pregnant women delivering on the way, people shot at or wounded, hungry and hurt children.”

“The Eritrean people are good,” Luel says. “They fought for independence for 30 years. But from day one, [Eritrean President] Isaias [Afwerki] has ruled the country without caring about his people’s interests.”

Among those dropped off at Adinbried when IRIN visits are three Eritrean soldiers – or deserters. Escaping poorly paid and protracted national service is one of the most common reasons cited by Eritrean migrants for fleeing their country.

“Living conditions in Eritrea are more dangerous than crossing the border,” says one of them, a 39-year-old who served 20 years in the military.

He explains that the three of them were farmers from the same village who, when drafted into national service, were posted to different locations along the Ethiopian border.

They decided to cross as it was getting harder to leave their duty stations for the month they needed to be on their farms for harvest time, and because the government recently introduced a new tax on each head of livestock.

The three soldiers weren’t allowed mobile phones, so, in planning their escape, they communicated by word of mouth and through letters using colleagues they trusted. Each left a wife and child behind.

“The wives didn’t want us to go and were too scared to come,” the 39-year-old says. “But they’re not angry with us. Whether we are in national service or Ethiopia, they still can’t see us.”

It’s just over 24 hours since they crossed the border and both groups have moved to the screening centre in Endabaguna. The place is jammed with migrants – mostly teenagers and young adults. 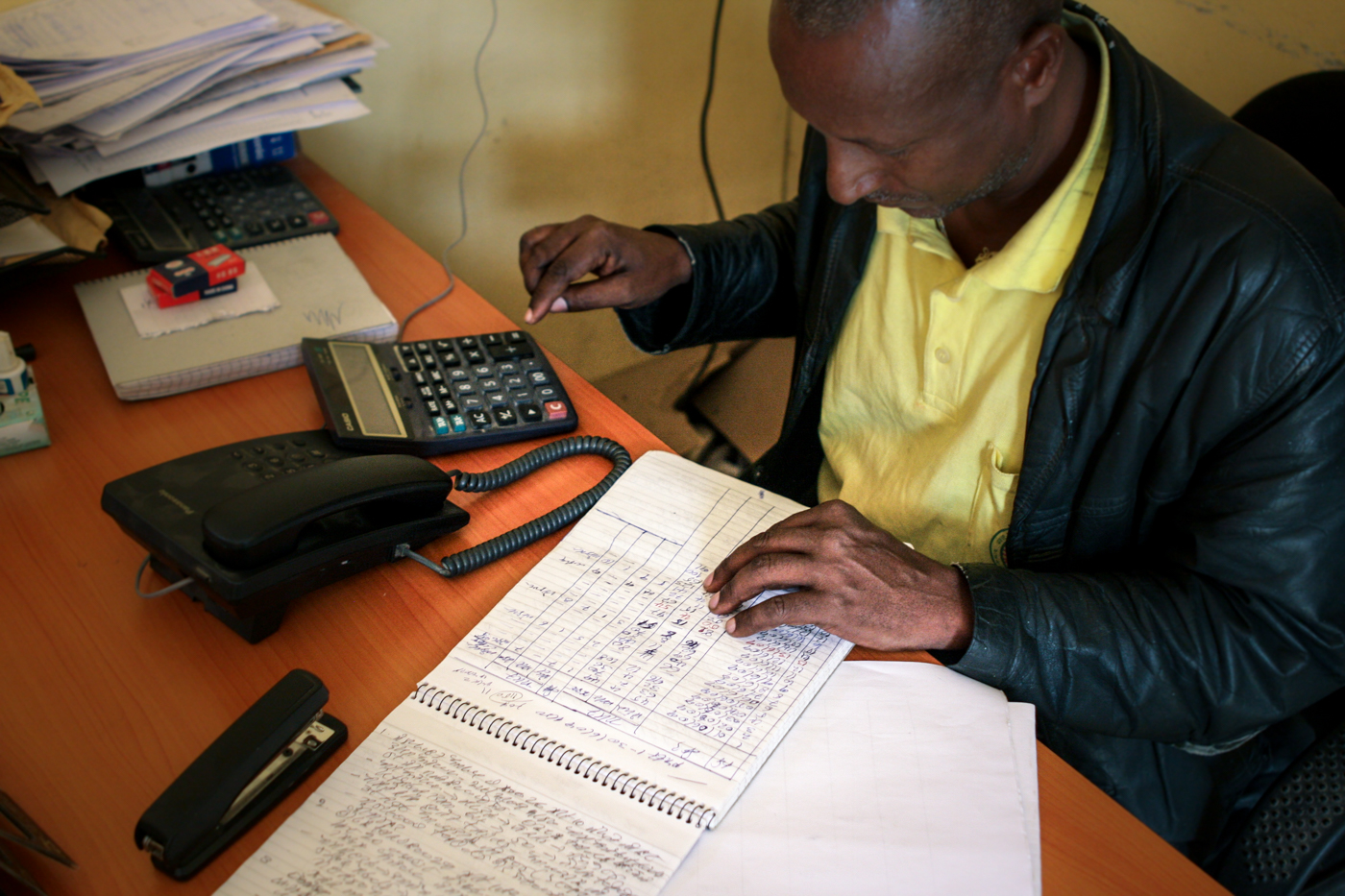 From the reception centre at Endabaguna, it is on to the camps.

Opened in 2004, Shimelba was the first Ethiopian camp for Eritrean refugees. Residents are allowed to construct their own dwellings here and now it looks like a small town. It is home to more than 6,000 people, mostly from the Kunama ethnic group, one of nine in Eritrea and historically the most marginalised.

Asked whether she would like to be resettled outside Ethiopia, Nagazeuelle, a Kunama who has been here for 17 years, tells IRIN: “I have no interest in going to other countries… My interest is in my country [Eritrea].

“I need my country,” she repeats. “We had rich and fertile land, but the government took it. We weren’t an educated people, so they picked on us. I am an example of the first refugees from Eritrea, but now people from all nine ethnic groups are coming.”

Haile, a Tigrayan Eritrean in his fifties who has been a refugee for five years, tells IRIN his father and brother died in prison in Eritrea.

“The world has forgotten us, apart from the US, Canada and Ethiopia,” he says. “The United Nations is too tolerant of Isaias. What is happening is beyond [words]. It is a deep crisis. So why is the international community silent?”

About 50 kilometres south of Shimelba lies Hitsats, the newest and largest of the four camps. It has 11,000 refugees and four in five of them are under the age of 35.

Outside camp coordinator Haftam Telemickael’s office, a group of Eritreans is meeting a staff member to renew ration cards. Each month, every Hitsats resident is entitled to 10kg of wheat, 1kg of palm oil, 1kg of protein powder, a quarter kilogramme of salt and sugar each, one piece of soap, and 60 Ethiopian birr ($2.75) spending money.

Sudan is the other main overland option for Eritrean asylum seekers. But around and even inside the refugee camps there, Eritreans are particularly vulnerable targets for gangs who kidnap migrants for ransom, often torturing them during phone calls to relatives to persuade them to send money.

“In Sudan, there are more problems. We can sleep peacefully here,” says 32-year-old Ariam, who came to Hitsats four years ago with her two children after spending four years in a Sudanese camp.

Ariam owned a small hotel in Asmara but couldn’t sell it before she left as that would have aroused government suspicion. She lost about 80,000 nakfa ($5,000) on it. Now she survives on rations and by making and selling flatbread injera, generating about 3,000 Ethiopian birr ($136) a month. 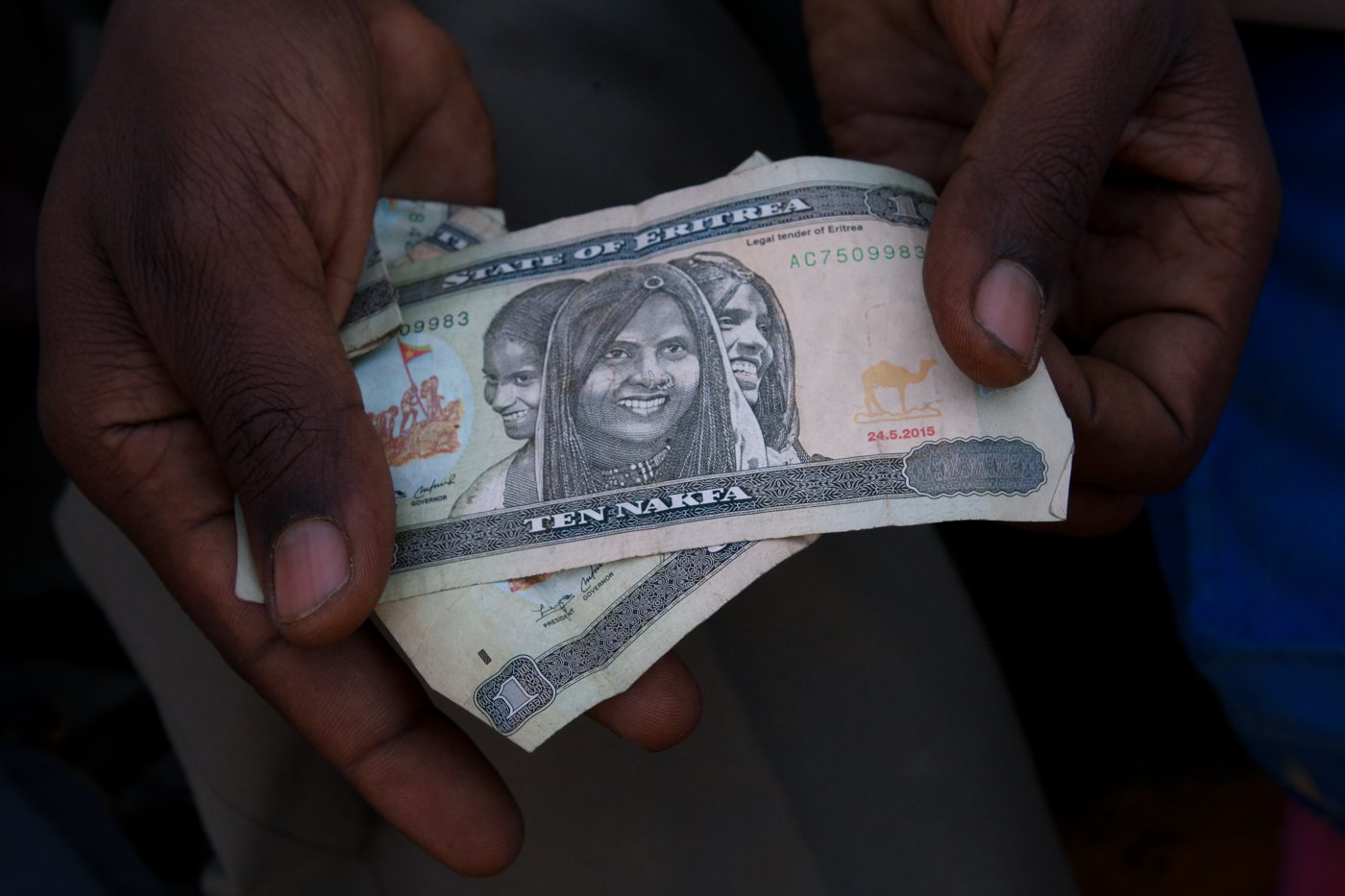 The common thread to everyone’s story here is the hardship they experienced in Eritrea, a country under semi-autocratic rule that is all but cut off to journalists.

“It was difficult to live in Eritrea because of my small salary,” says 23-year-old Samrawit after entering Ariam’s home for coffee. “My husband is in prison because he tried to cross the border. I want to go to another country. I don’t dislike it here, but from Ethiopia it’s difficult to communicate with my family. From other countries it would be easier.”

Relations between Addis Ababa and Asmara soured not long after Eritrea regained independence and in 1998 degenerated into a two-year border war that cost thousands of lives. The neighbours remain bitter enemies to this day and their shared border is highly militarised.

One of the entry points is in the town of Badme, the war’s flashpoint, in a region still occupied by Ethiopia in defiance of an international adjudication attributing it to Eritrea.

“I crossed after hearing they were about to round people up for the military,” says 20-year-old Gebre. “I wasn’t going to go through that –you’re hungry, there’s no salary, you’re not doing anything to help your country; you’re just serving officials.”

With Gebre are another 14 young men ranging in age from 16 to 20 who also crossed to avoid military service, but there are plenty of young mothers too.

“Life was getting worse,” says 34-year-old Samrawit. “I had no work to earn money to feed my children.” Only her two youngest children are with her. “I would like to make sure coming here is worth it before the elder two come,” she explains.

She travelled with 22-year-old mother-of-two Yordanos, having met her at the Eritrean town of Barentua, about 50 kilometres north of the border – their rendezvous point with their smuggler. He took them by car to the Mereb River, where they crossed into Ethiopia.

Neither knows how much the smuggler was paid, payment having been organised by their husbands who now live in Switzerland and Holland.

An army truck pulls up while the women and young men are waiting at the Badme entry point. It hasn’t come to take them to the screening centre, rather to deposit another eight refugees picked up at the border.

“Our soldiers don’t get any sleep they are so busy at night collecting refugees,” says an Ethiopian major.