Eritrea has denied any involvement in an alleged plan to attack an under-construction Ethiopian dam, which is set to become the biggest hydropower dam in Africa.

Abrha said that Ethiopian security forces killed 13 of the rebels, while seven fled into neighboring Sudan. But the Ethiopian government spokesman said that Sudan had handed the rebels over and they were now in Ethiopian custody. 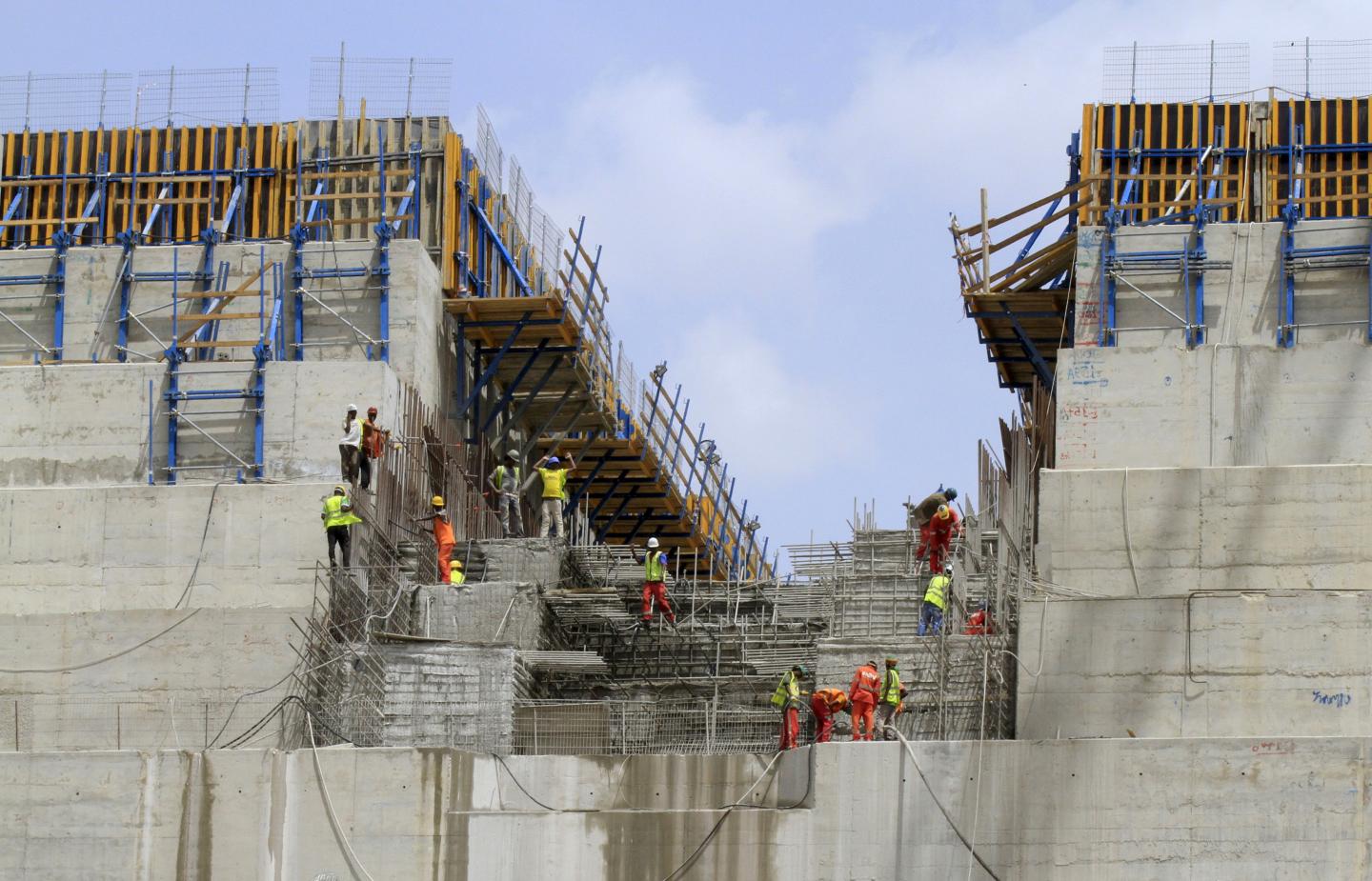 Construction workers are seen in a section of Ethiopia's Grand Renaissance Dam in Benishangul Gumuz Region, Guba Woreda, Ethiopia, March 31, 2015. The dam has been a source of regional controversy, especially between Ethiopia and Egypt. Tiksa Negeri/Reuters

Eritrean Information Minister Yemane Gebremeskel told Bloomberg News that the accusation that his country sponsored the group “is preposterous and peddled for some sinister reason.” Gebremeskel added that he had “never heard of this group.”

Ethiopia and Eritrea have a history of tense relations. Eritrea only seceded from Ethiopia in 1991 after a 30-year independence war, and the two countries have regularly clashed on the boundaries of their borders. Tens of thousands of soldiers on both sides were killed in a border war focused on the town of Badme between 1998 and 2000.

Ethiopia has also accused Eritrea of sponsoring anti-government protests, led by the Oromo and

Amhara ethnic groups, which have been occurring regularly since November 2015. Eritrea has denied the allegation.

Construction began on the GERD project, which is being built in the Benishangul Gumuz region close to the border with Sudan, in 2011. The project is set to cost $6.4 billion and is due for completion in 2018, according to Bloomberg.

The project has been a source of tension between Ethiopia and Egypt, with the latter saying that the dam could reduce the amount of Nile water flowing into Egypt. The presidents of Egypt, Ethiopia and Sudan signed an initial agreement in 2015 to end the dispute and allow Ethiopia to continue with construction, but Egypt has continued to express its concerns.

Ethiopia has received backing for the project from five other Nile Basin countries: Burundi, Kenya, Rwanda, Tanzania and Uganda. The Horn of Africa country wants to do away with a 1929 treaty, orchestrated by the British, that gives Egypt a veto on any projects relating to the Nile by upstream countries.